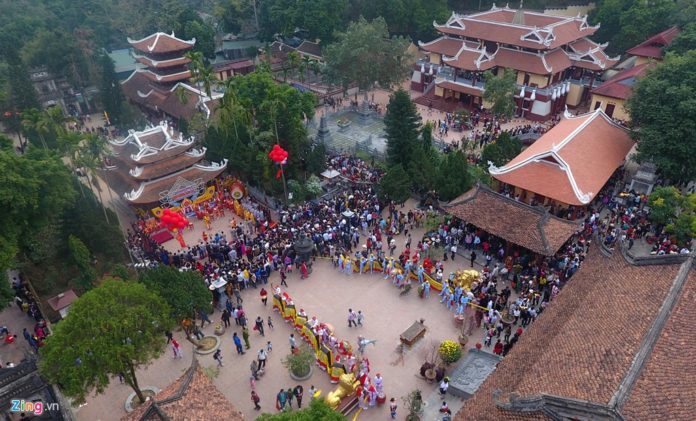 The Perfume Pagoda, known locally as Chua Huong or ‘inner temple’, is at the centre of a very revered and sacred site featuring a maze of mainly Buddhist temples built into the limestone cliffs of Huong Tich. At the heart of this complex lies the Perfume Temple or Perfume Pagoda in the Huong Tich Cave. 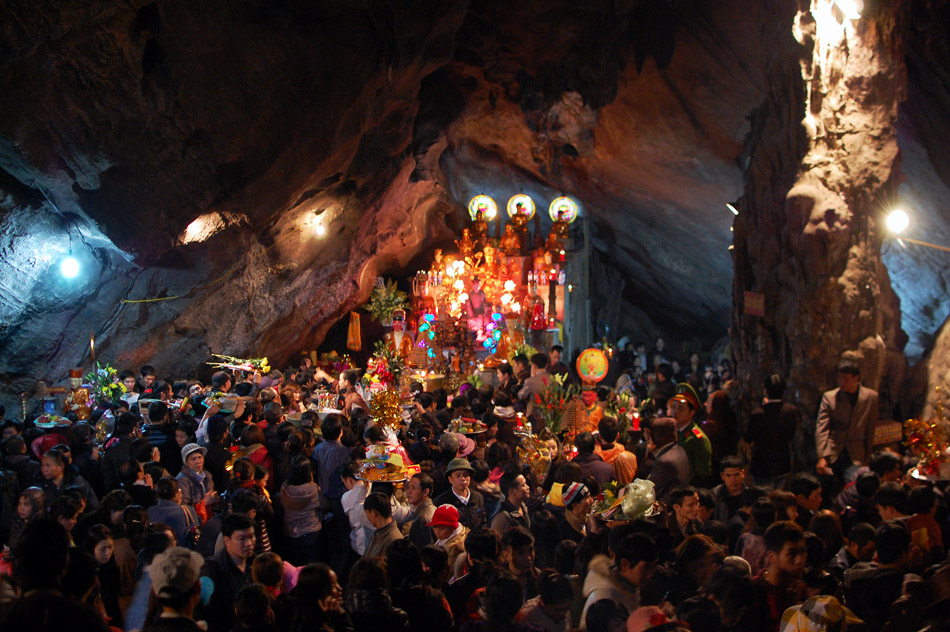 It is believed that the first temple was built here in the 15th century, although legend declares that the site was actually discovered over 2,000 years ago by a Buddhist monk who was meditating nearby. The mountain foothills are an area of great natural and spiritual beauty filled with streams, tropical plants and temples.

There are many pagodas to visit, each offering a different shrine, most of which are Buddhist although one or two are animist. The Perfume Pagoda attracts pilgrims and tourists seeking good luck from the stalagmites and stalactites inside the cave which have been named according to the individual blessing they can bestow. Dun Tien offers prosperity and Nui Co offers the chance of giving birth to a girl whilst Dun Gao translates as a ‘rice stack’ to those hoping for a bountiful harvest.

The entrance to the vast and mysterious Perfume Pagoda and Huong Tich Cave resembles that of an open dragon’s mouth and is decorated in ancient Chinese letters which translate to ‘first grade cave of the South World’, this writing dates back to 1770.

Inside the cave are many statues carved from green stone which decorate an intricate shrine, including one of Lord Buddha and another of the Buddhist goddess Quan Am. Smooth stalactites and stalagmites also fill the cave which are constantly touched by pilgrims believing them to deliver miracles and good luck. You will find the temple very cool inside and also very busy especially during the days of the Chua Huong festival which lasts from January to April. 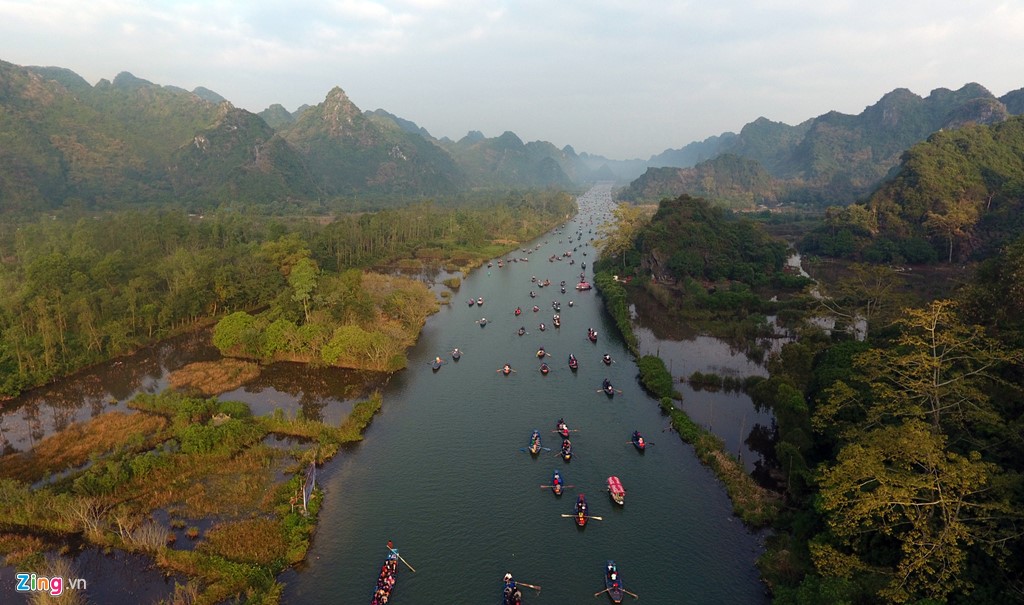 It’s well worth taking time to stop and enjoy the view en-route to the temple as the scenery is very interesting, dotted with fruit trees including apricots and medicinal herbs grown by local farmers. Other temples to see within the complex include the Vong Temple, Thuyet Kinh Cave and Thien Son Pagoda.

The journey to the Perfume Pagoda is itself an interesting experience. Located about 60km southwest of Hanoi in the Huong Son Mountain range you will need to take a car for around two hours before boarding a wooden or iron boat to reach the temple complex.

The boat journeys down a narrow flowing steam fringed by rice fields, temples and grass and you will have the option to stop and visit some of these temples. However, if you are short of time its best to head straight to Huong Tich Cave. It’s an uphill walk to the Perfume Pagoda which will take around one hour and things can get slippery, so remember to bring walking shoes or boots. 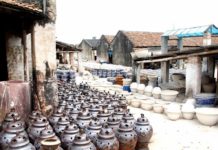 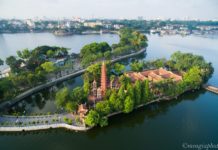 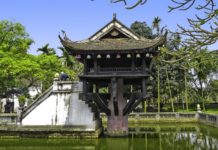 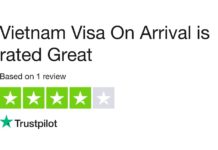 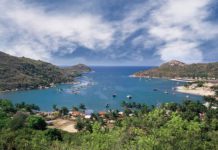 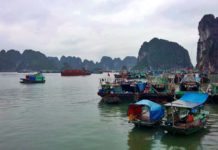 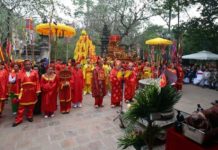 Temple of Literature in Hanoi