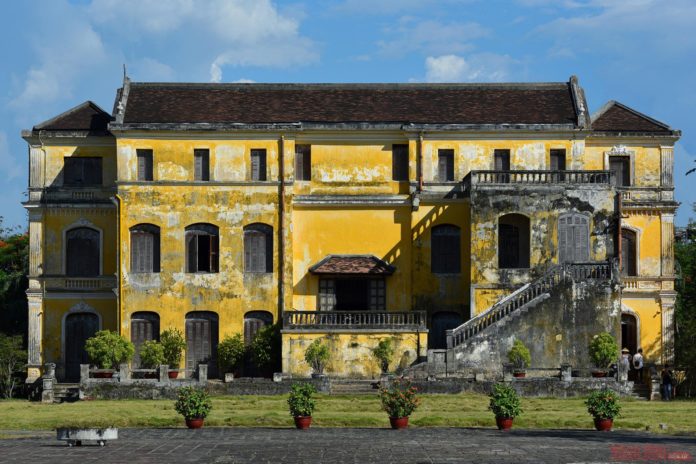 With the combination of the architectural features of both the East and the West, An Dinh Palace once stood out as a magnificent European palace with Vietnamese-style decoration in a complex of monuments interwoven between the former Hue citadel. here.

Currently located on Phan Dinh Phung Street, An Dinh Palace was originally a wooden mansion on the An Cu River that King Dong Khanh built for his eldest son, who was later King Khai Dinh. 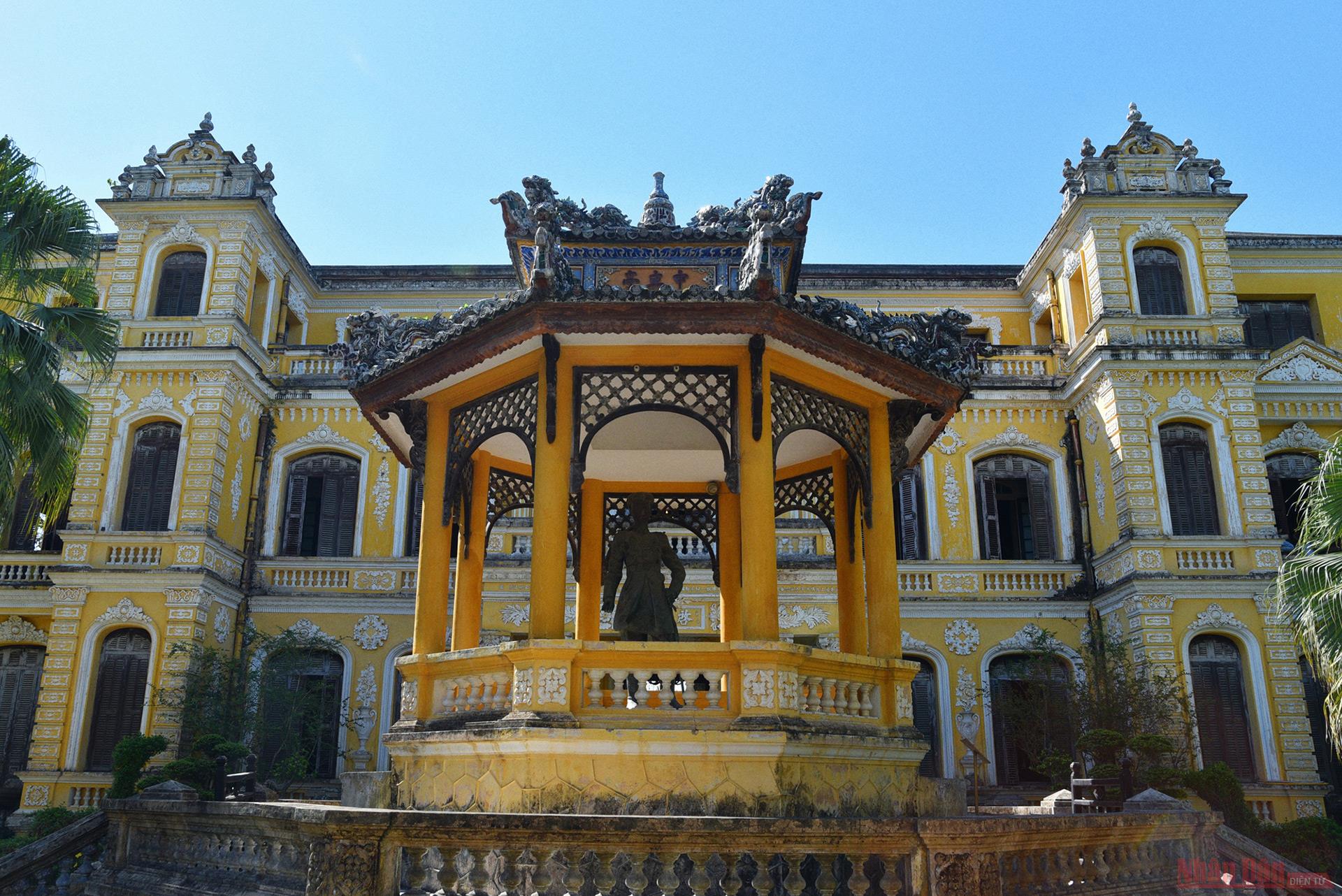 After taking the throne in 1917, King Khai Dinh revised the mansion in Western style and renamed the modernized palace from Phung Hoa to An Dinh. Traditionally, King Khai Dinh transferred the palace to his son Prince Vinh Thuy, who later became King Bao Dai.

After the August Revolution in 1945, King Bao Dai abdicated and his family moved from the Palace to An Dinh Palace. 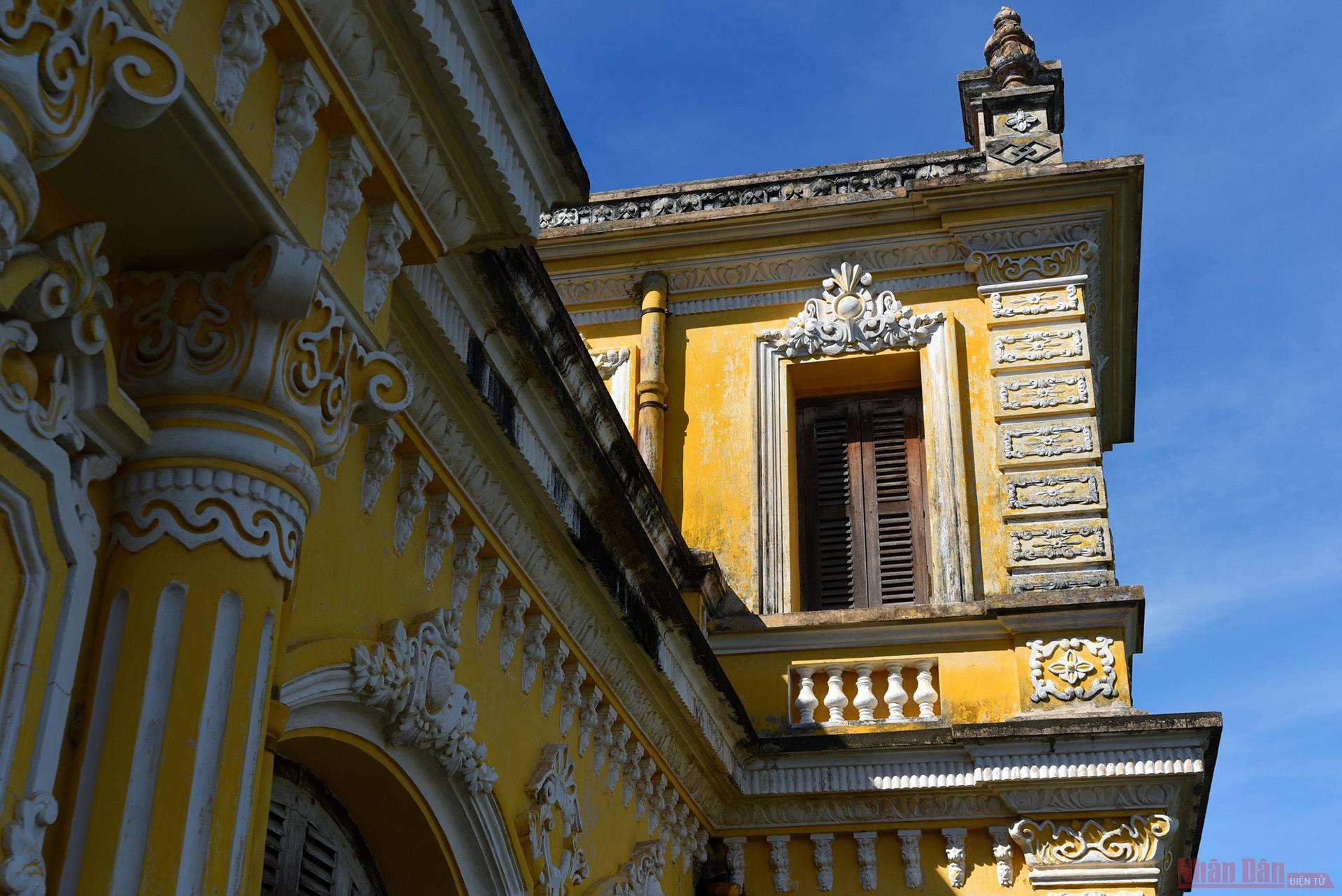 As one of the UNESCO-listed monuments in Hue, An Dinh Palace is a typical example of neoclassical architecture in Vietnam in the early 20th century. The original palace was comprised of various structures covering a total of 23,000 square metres but due to the ravages of time and war, today only the main gate, the Trung Lap Pavilion and the Khai Tuong Building still survive. 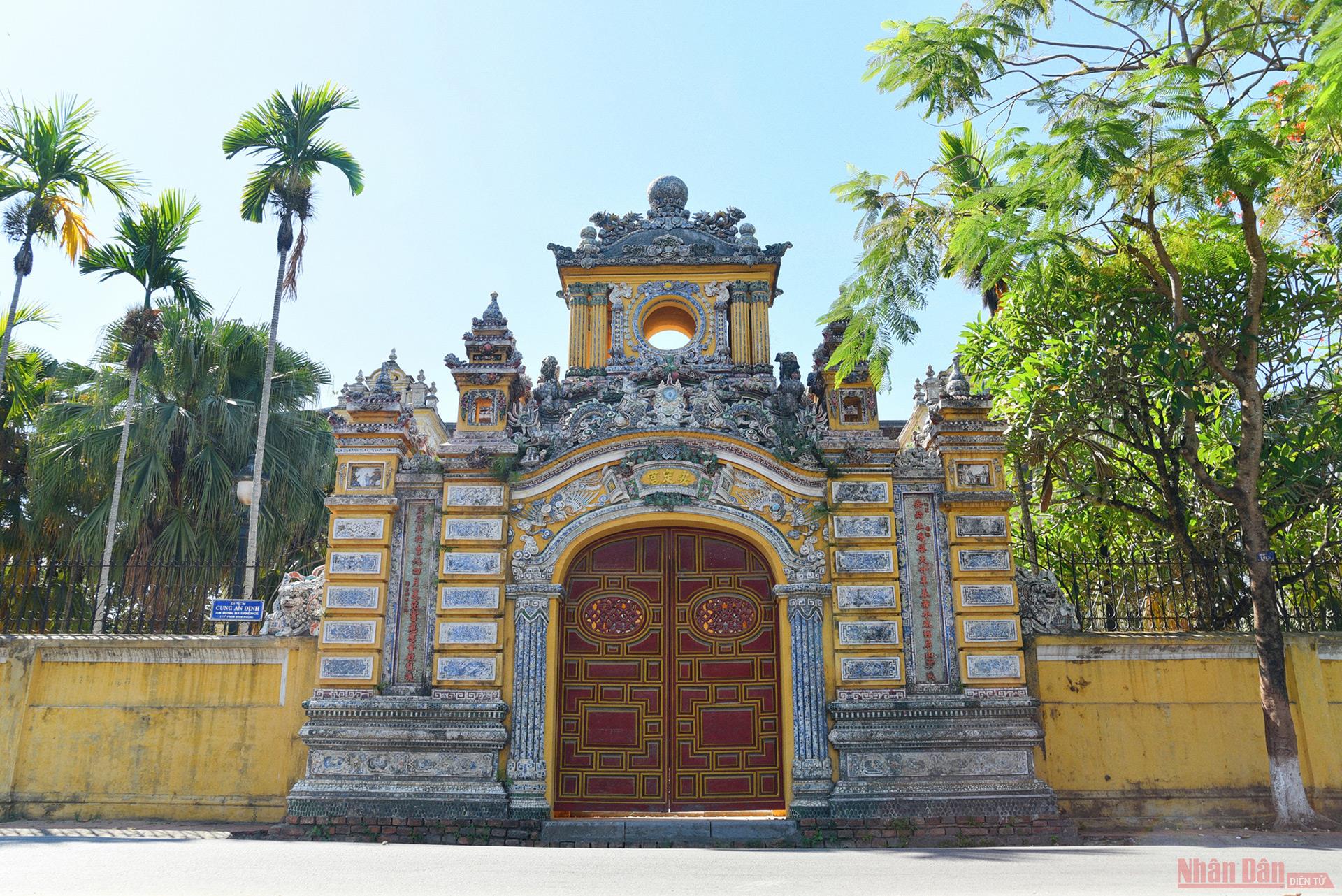 Looking from Phan Dinh Phung Street, the main gate is modelled after the Vietnamese traditional three-door gate and decorated with elaborate ceramic and colourful glass pieces. Patterns feature familiar Eastern symbols such as the dragon, phoenix and tiger, and the gate arch has three Chinese characters meaning An Dinh Palace. The gate is also decorated with Romanesque columns. 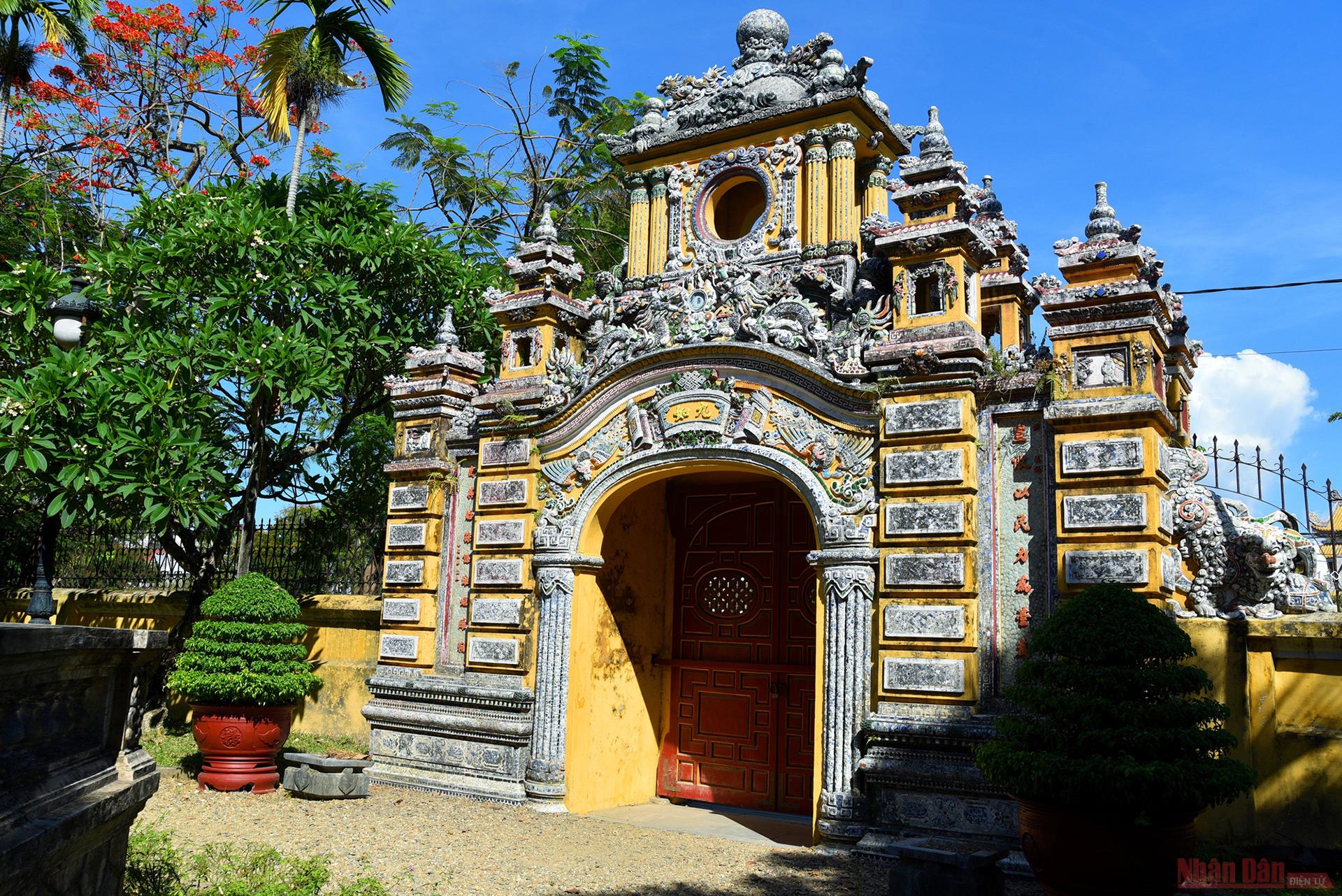 A view of the gate from inside the palace 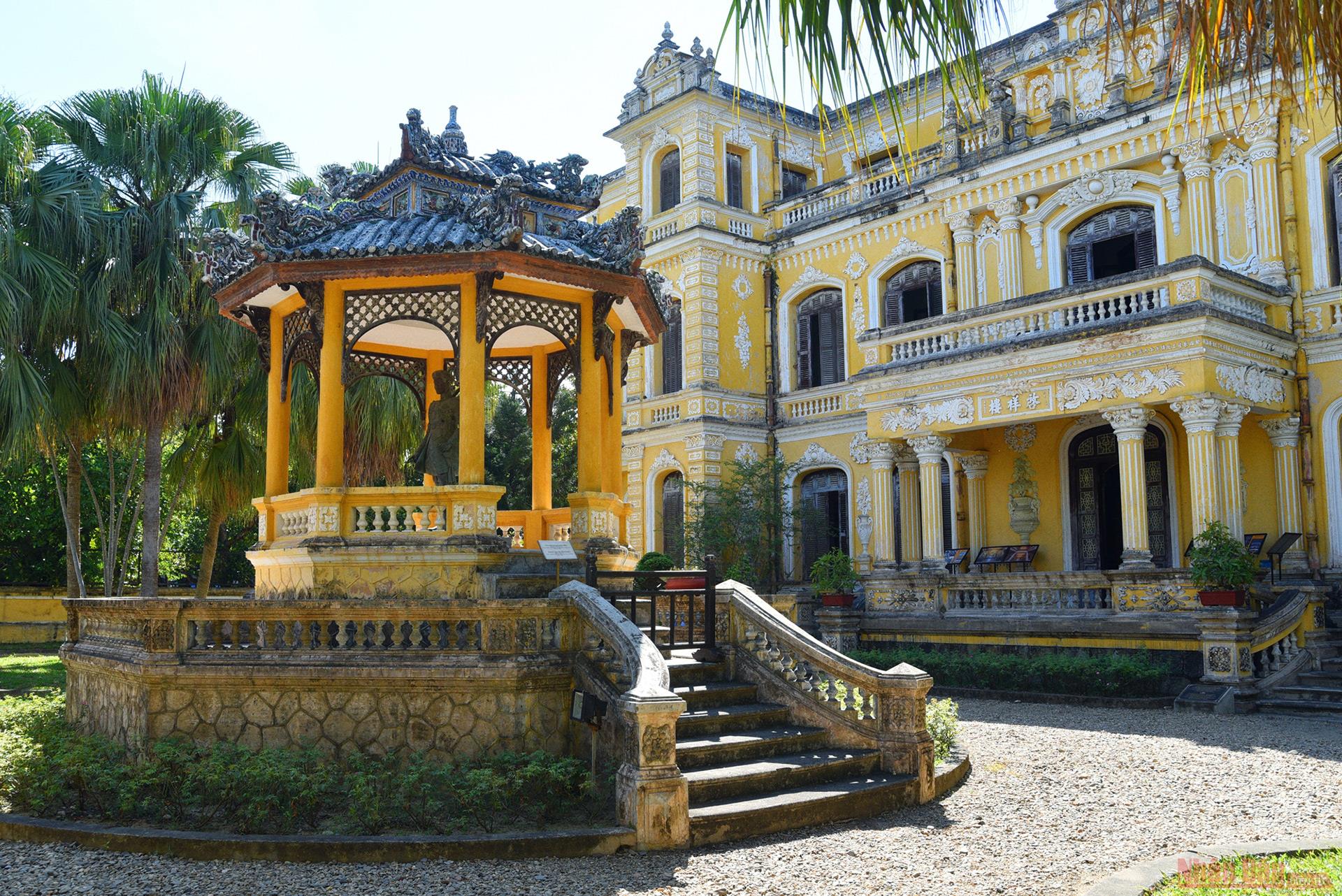 Behind the main gate and in the middle of the yard is the octagonal Trung Lap Pavilion, which acts a screen, an element usually found in tombs, mansions and palaces of the Nguyen Dynasty.

The pavilion roof is decorated with 12 dragons, implying flight in all directions. 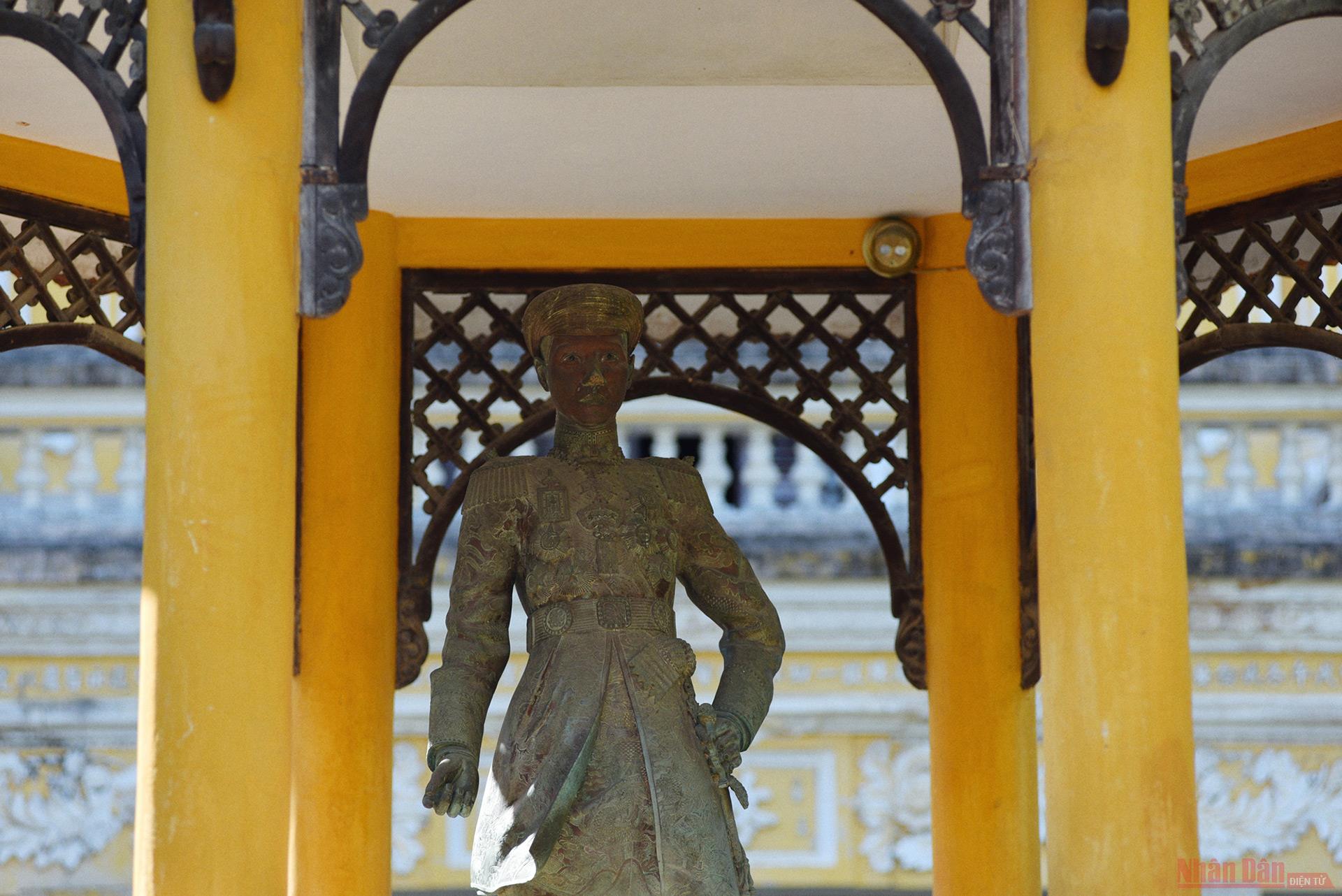 In the pavilion stands a life-size bronze statue of Emperor Khai Dinh, cast in 1920. 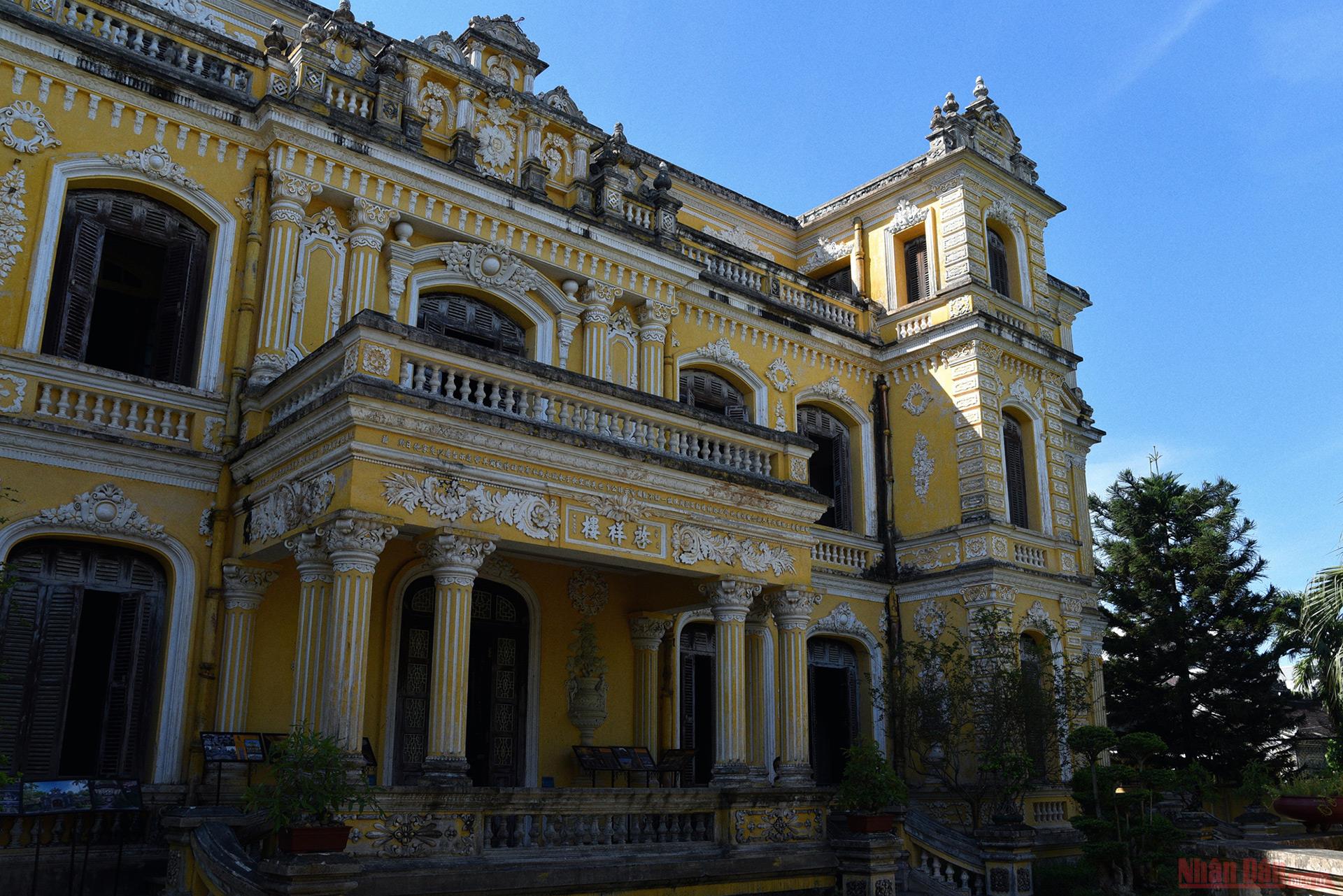 The highlight of An Dinh Palace is a building called Khai Tuong, which resembles a European palace. Its name means the start of auspicious things. 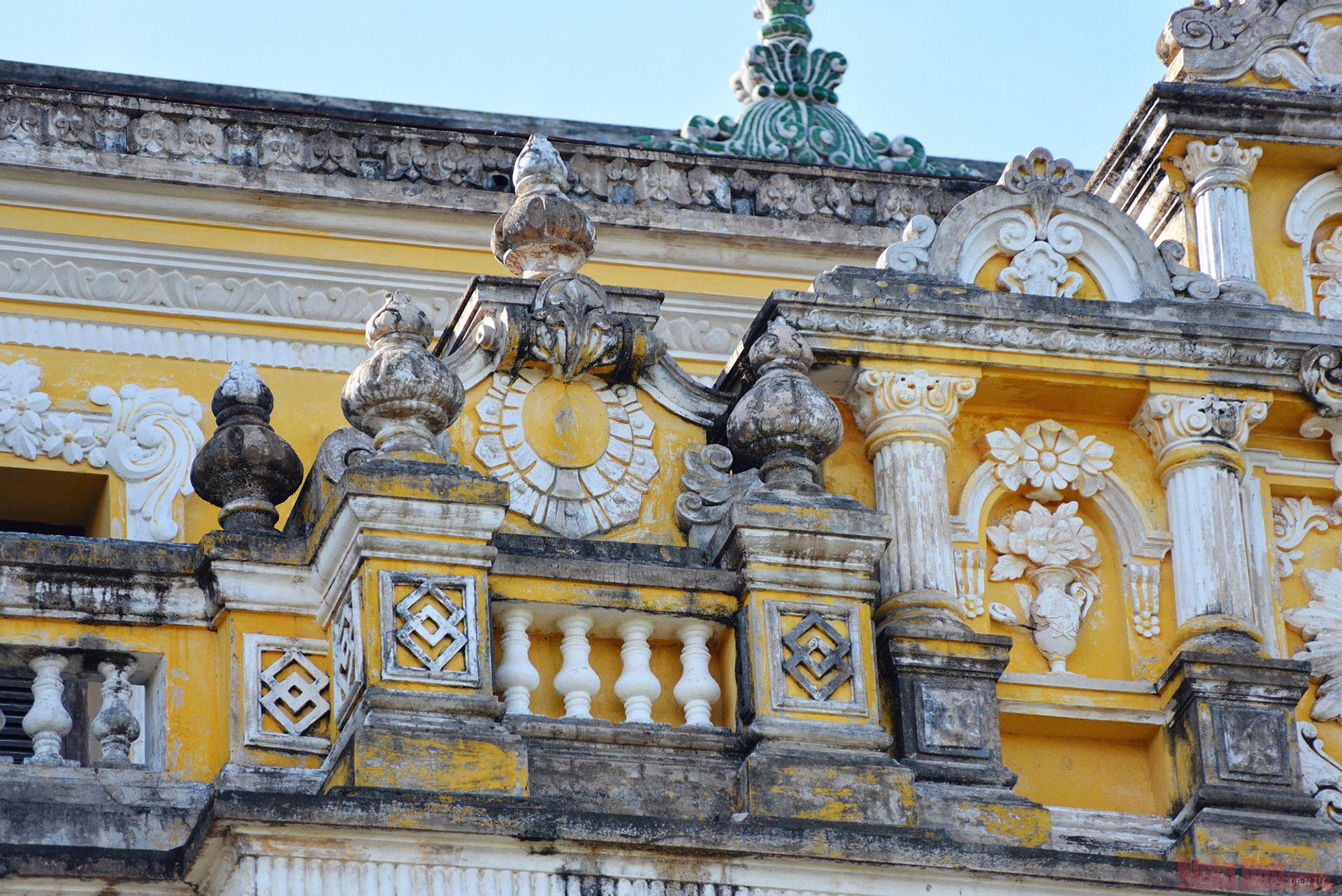 Khai Tuong Building consists of three floors on the foundation of 745 square metres. The façade is decorated with Roman decorative patterns such as medals and angels interlaced with traditional eastern imperial patterns. 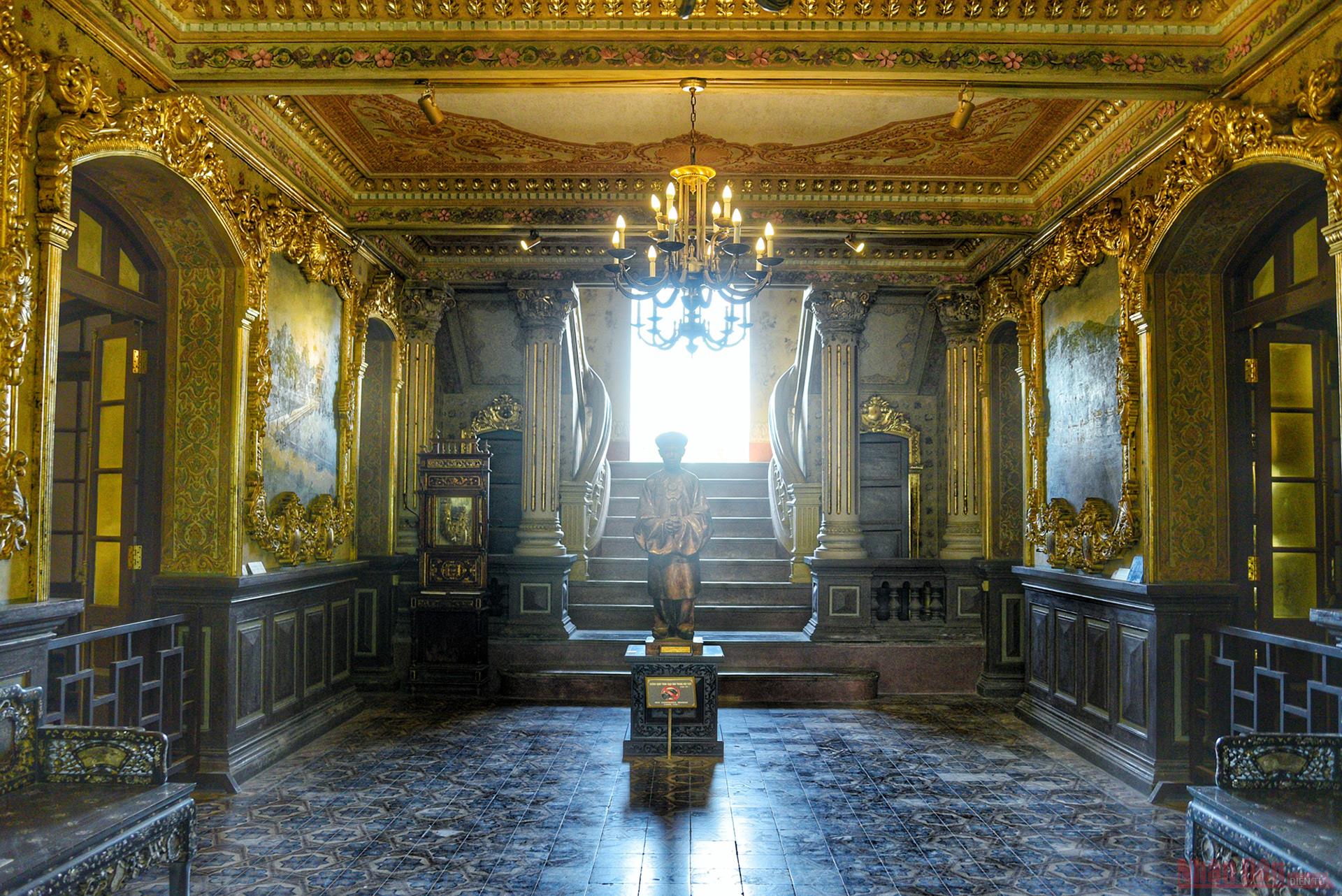 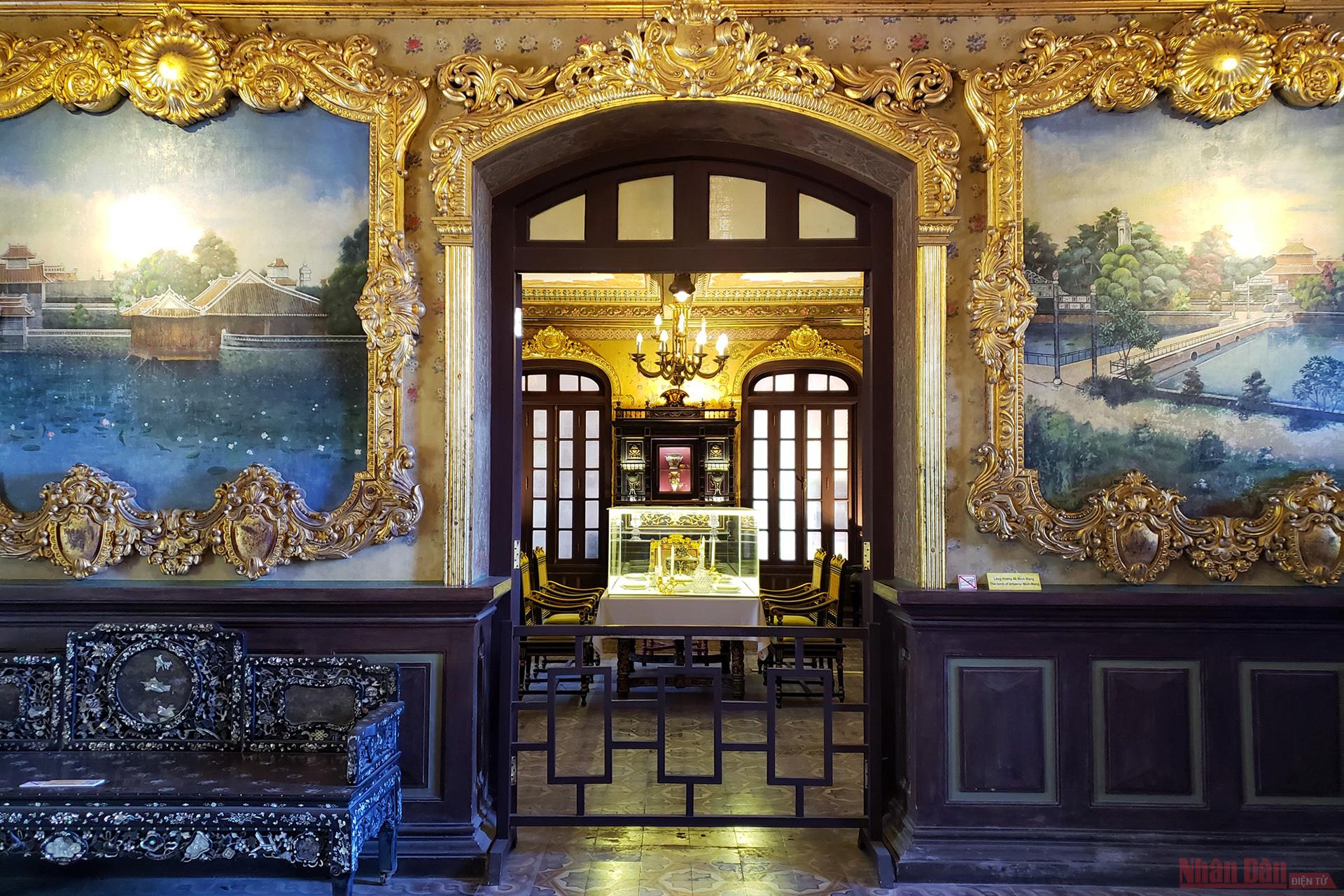 The main hall is the most outstanding structure of Khai Tuong Building, featuring six wall paintings depicting the tombs of six Nguyen emperors. 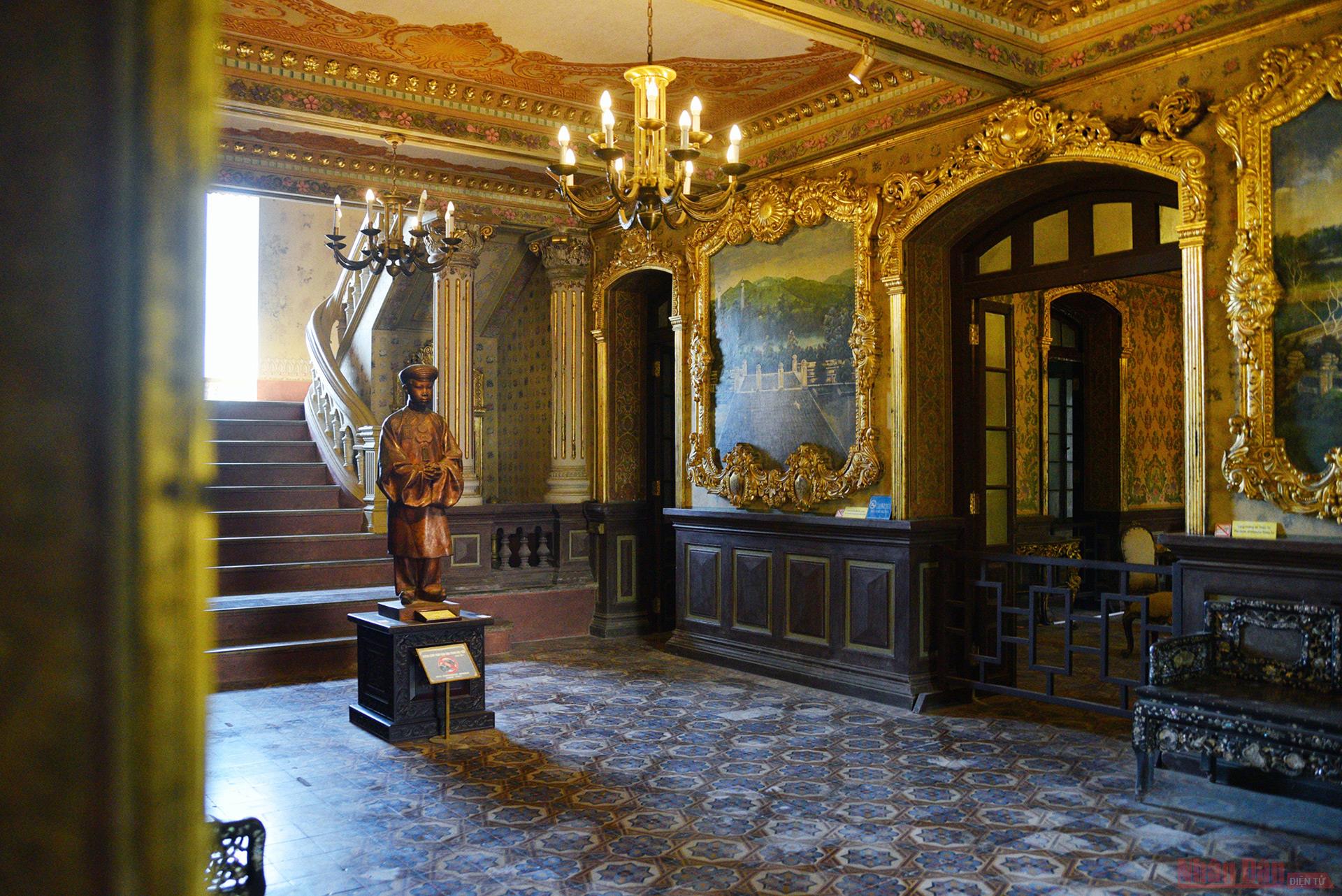 At the centre of the main hall is a bronze statue of Prince Vinh Thuy, who later ascended to the throne under the name Bao Dai, the last emperor in Vietnamese history. 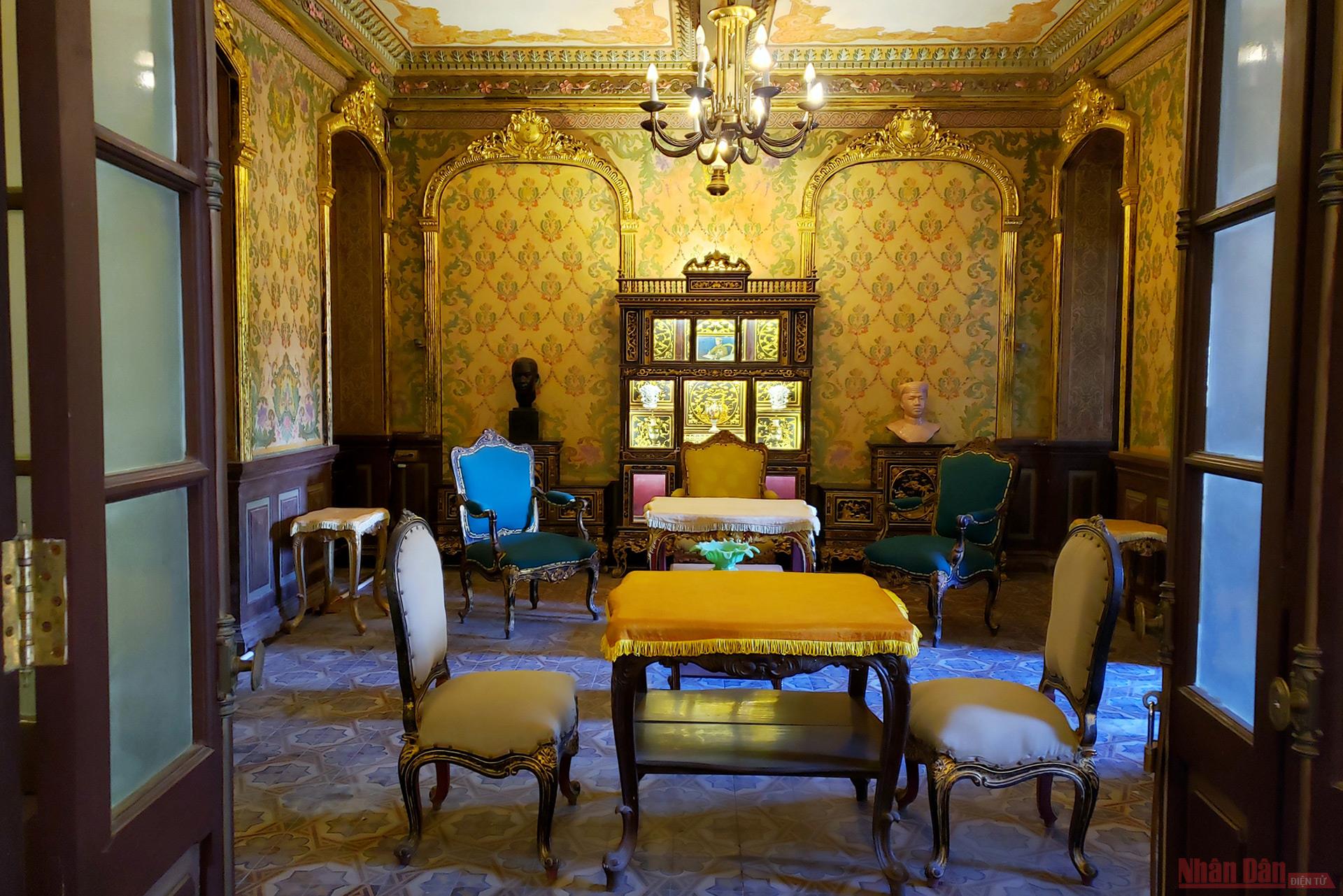 The Western-style living and dining rooms are located on opposite sides of the main hall. 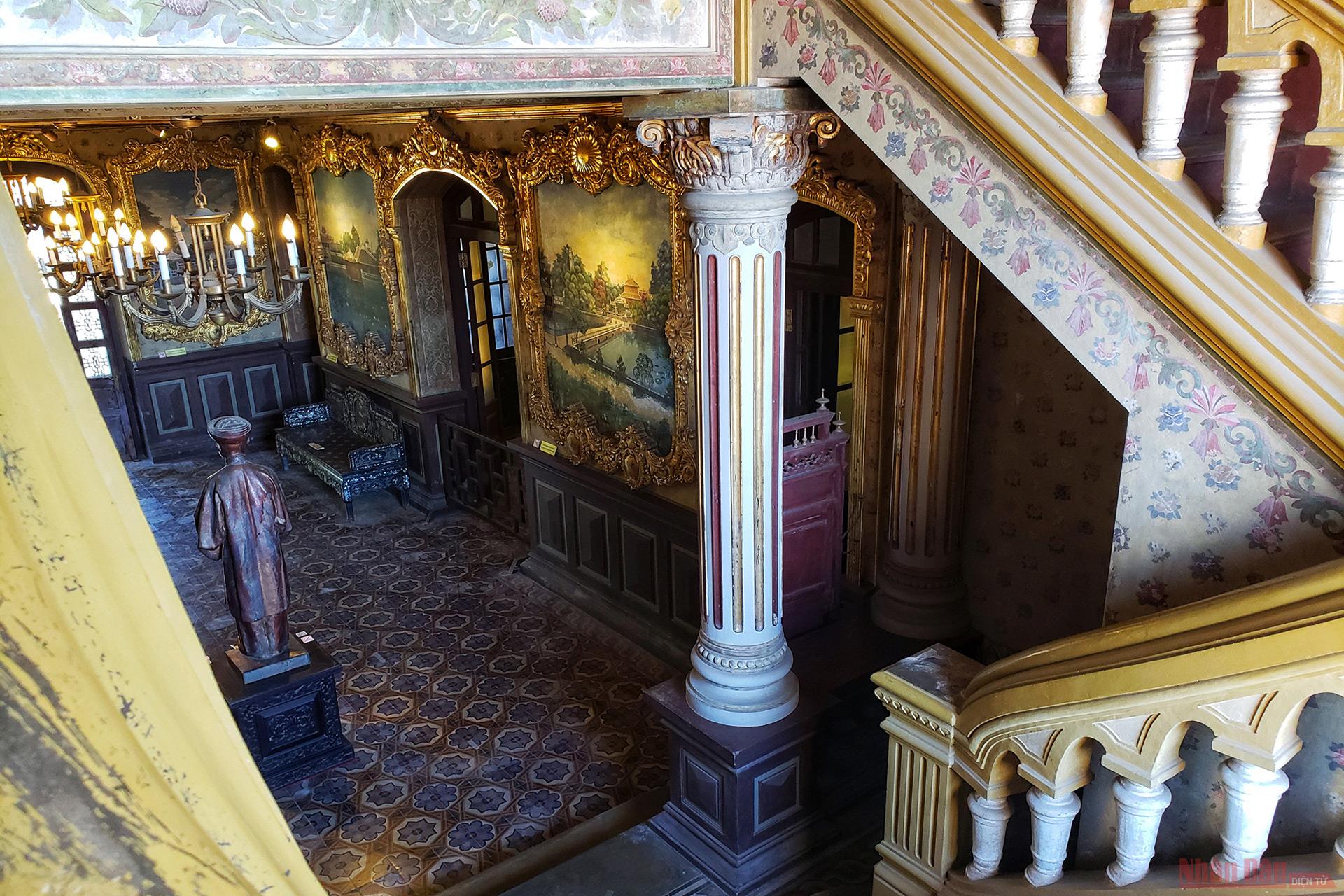 At the end of the main hall is the staircase leading to the second floor. From the landing and balusters to the handrail, everything is decorated with Western patterns, which were a rarity at the time. 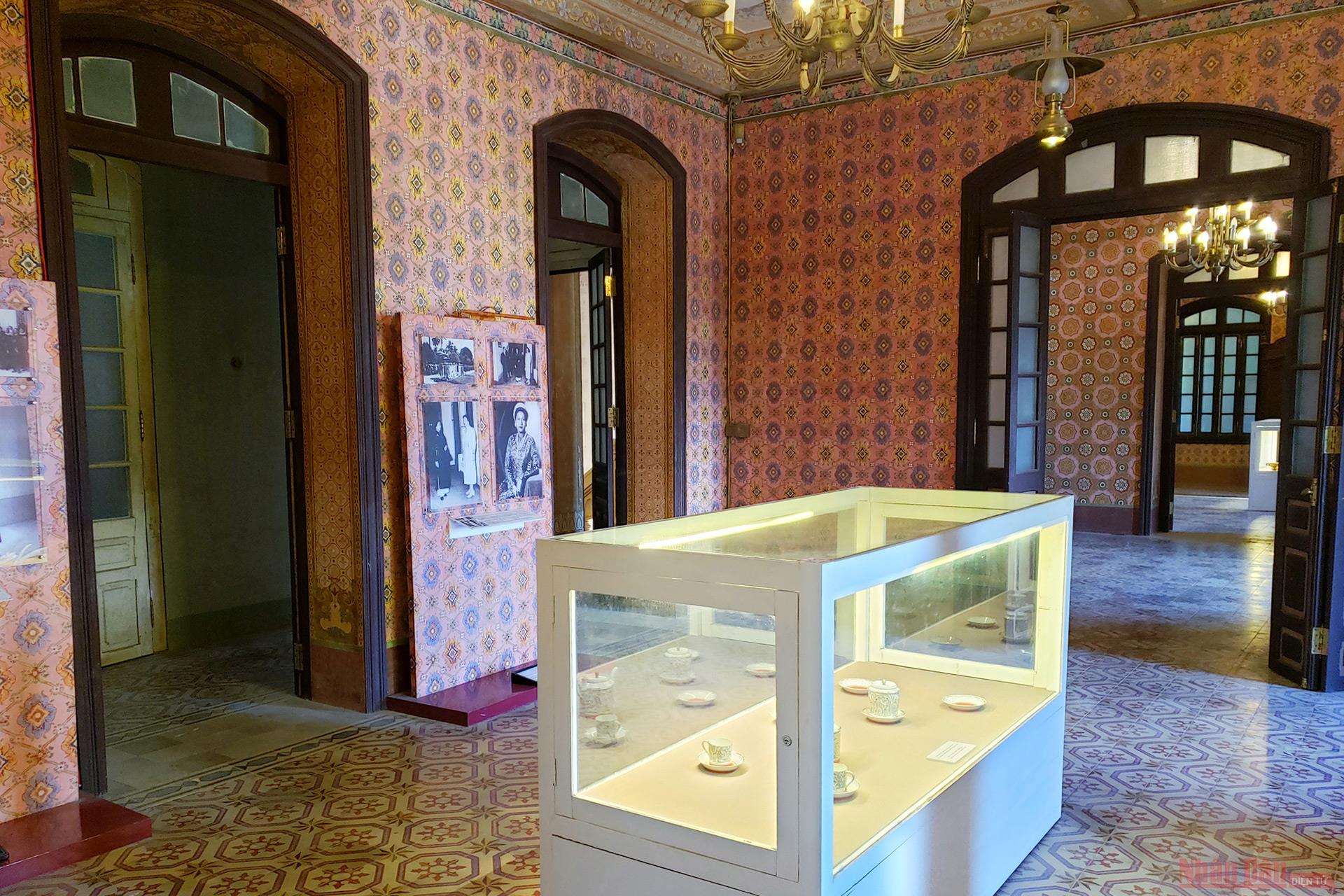 Rooms on the second floor are now converted to exhibition spaces for objects used by the two emperors at the palace. 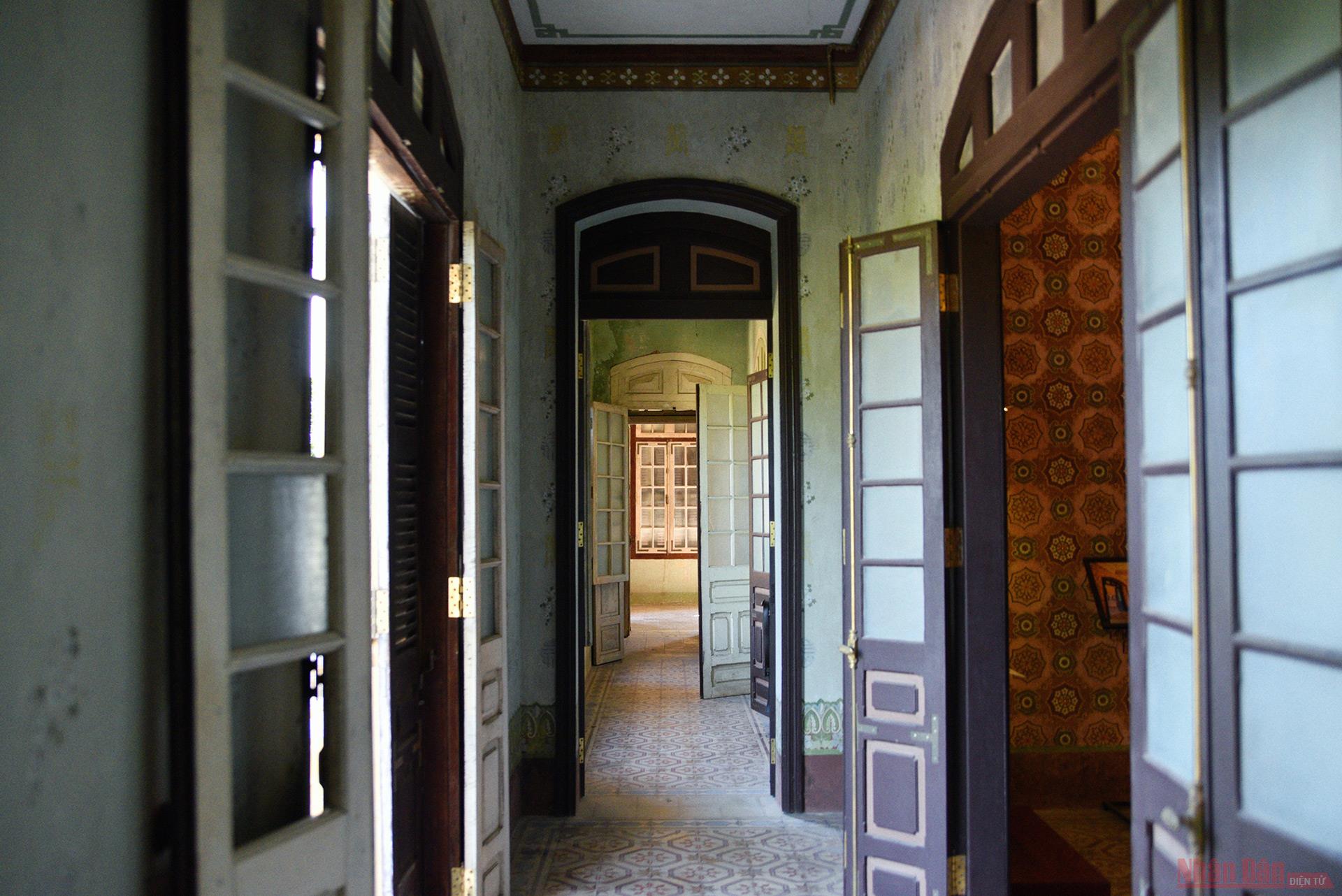 The hallway between rooms on the second floor. 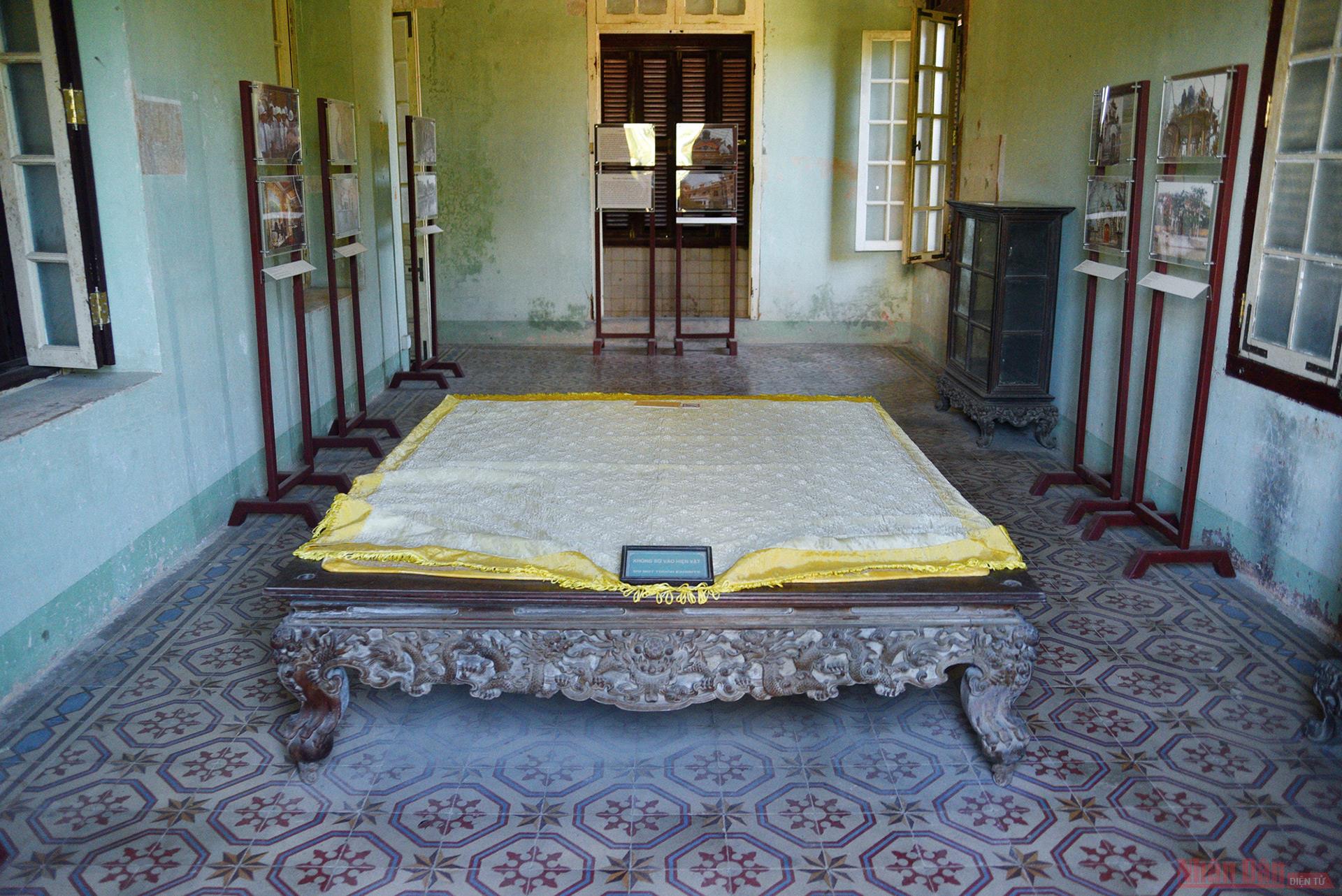 The bedroom and the bed of Prince Vinh Thuy. 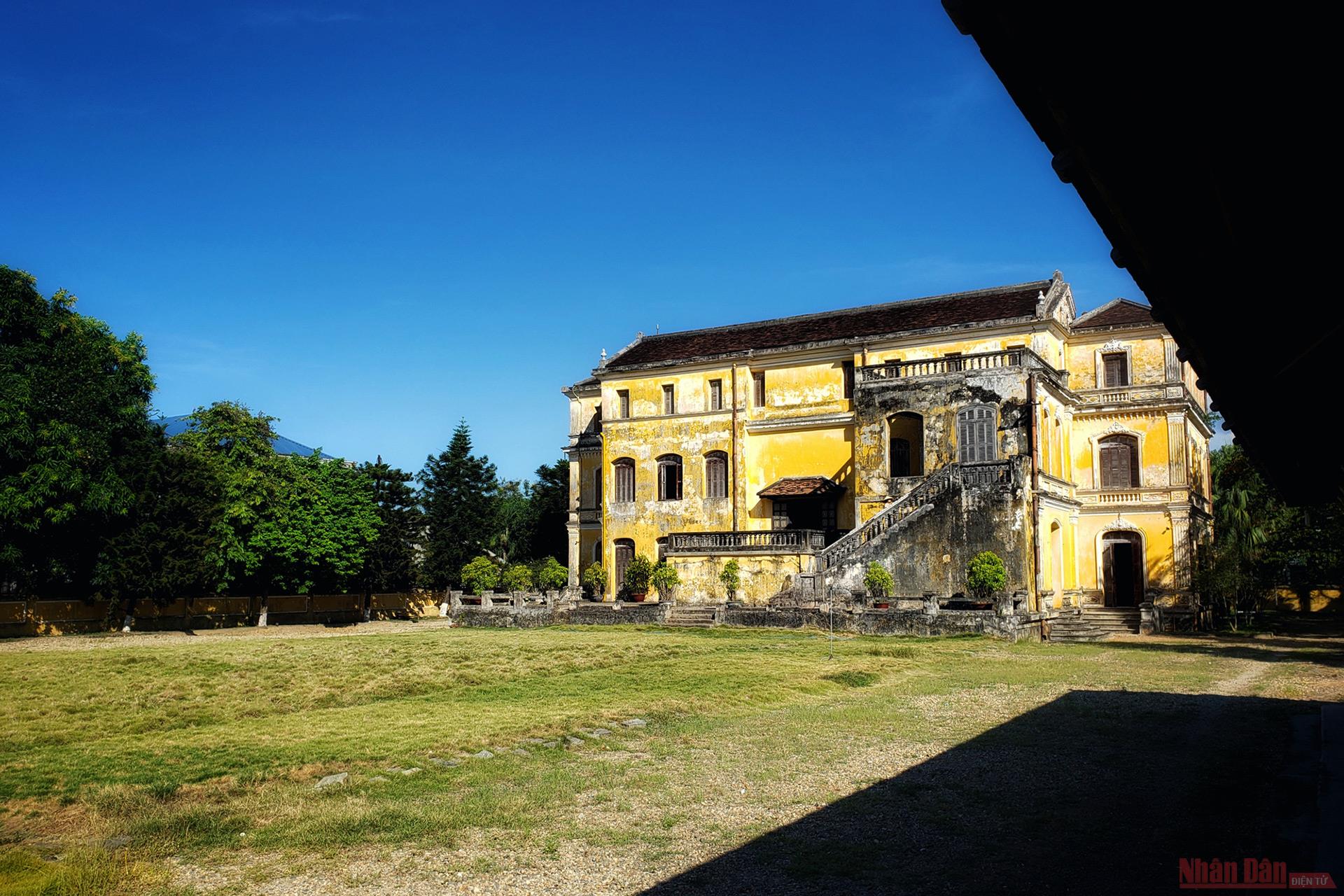 Behind the Khai Tuong Building once stood a theatre with an area of 1,150 square metres and a capacity of 500 people. It was the place to perform tuong and cai luong for the imperial family under the reign of Emperor Bao Dai. It was completely destroyed in 1947. 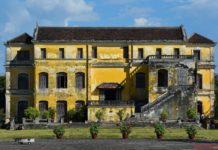 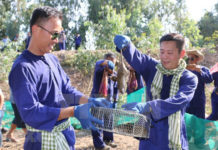 Experience a day in life of farmers in the west of... 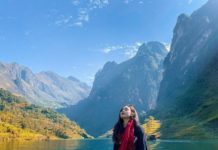 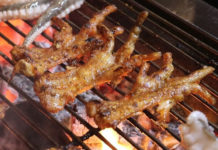 What should I do to Apply Vietnam Visa Extension and Visa...

ABOUT US
Our GuideVietnam is here to help you get the most out of each and every one of your trips to Vietnam. We offer vacation planning basics, where to stay, restaurants, where to go and what to see in Vietnam.
Contact us: [email protected]
FOLLOW US
© Copyright by Guidevietnam.org