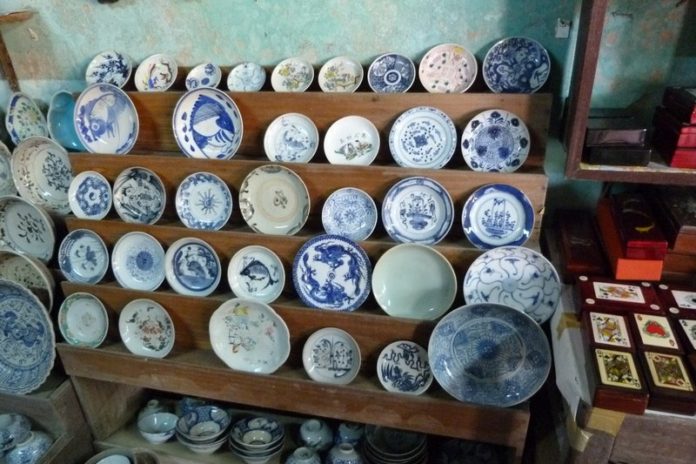 Built in 1858, the building housing the Museum of Trade Ceramics is an elegant example of traditional Vietnamese workmanship which has been kept in first-class condition. There are many antique pieces exhibited including some from a ship wrecked in nearby waters in 1733 and pottery from the Chinese Tang Dynasty dating from the 7th to the 10th centuries.

Objects from the Middle East are also estimated from the same era adding to a collection of some 430 artefacts However, the real beauty of the Museum of Trade Ceramics is its ability to put together all of the history of Hoi An in one place and give foreigners a chance to understand her origins as a vital trade port whilst also offering a detailed glimpse into Hoi An architecture.

Exhibition signs in English, often in superb detail, allow the visitor to thoroughly understand the treasures on display, many of which exist only as fragments.

The Museum of Trade Ceramics is open daily from 08:00 until 17:00 and is situated at 80 Tran Phu Street, Hoi An. The house itself is in pristine condition and visitors are welcome to also wander around the rooms and courtyard to get a feel of a traditional Vietnamese house.

The museum is highly recommended for historians or those with an interest in archaeology, others may find it rather dry largely due to the fact that there are few whole objects on display with most of the exhibits consisting of ancient shards of flatware and pottery.

Map of Museum of Trade Ceramics

Japanese Covered Bridge in Hoi An