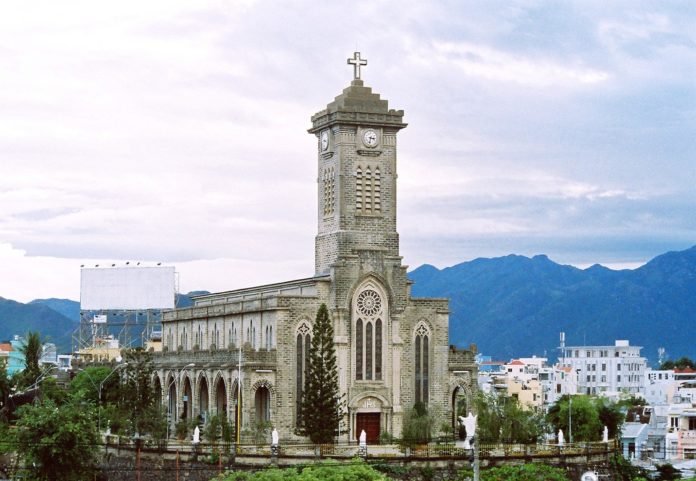 Nha Trang Cathedral (locally known as the stone church or Nui Church) is the largest church in the city. Set atop a hill that overlooks Nha Trang Train Station, it was constructed in provincial French Gothic style by Priest Louis Vallet during the early 19th century. Nha Trang Cathedrall serves the local Catholic community, with Mass being held between 05:00 and 18:30 on a daily basis.

A popular spot for wedding and landscape photography, Nha Trang Cathedral is made entirely of stone and features beautiful stained glass windows, as well as a square clock tower that’s surmounted by a large crucifix. Its three cathedral bells, which were cast in France in 1789, are still in working order. There are also hints of Vietnamese influences to the structure, such as pink backlight on the tabernacle, red neon light outlining the crucifix, blue neon on the arch, and a white neon-lit halo atop St. Mary’s statue. 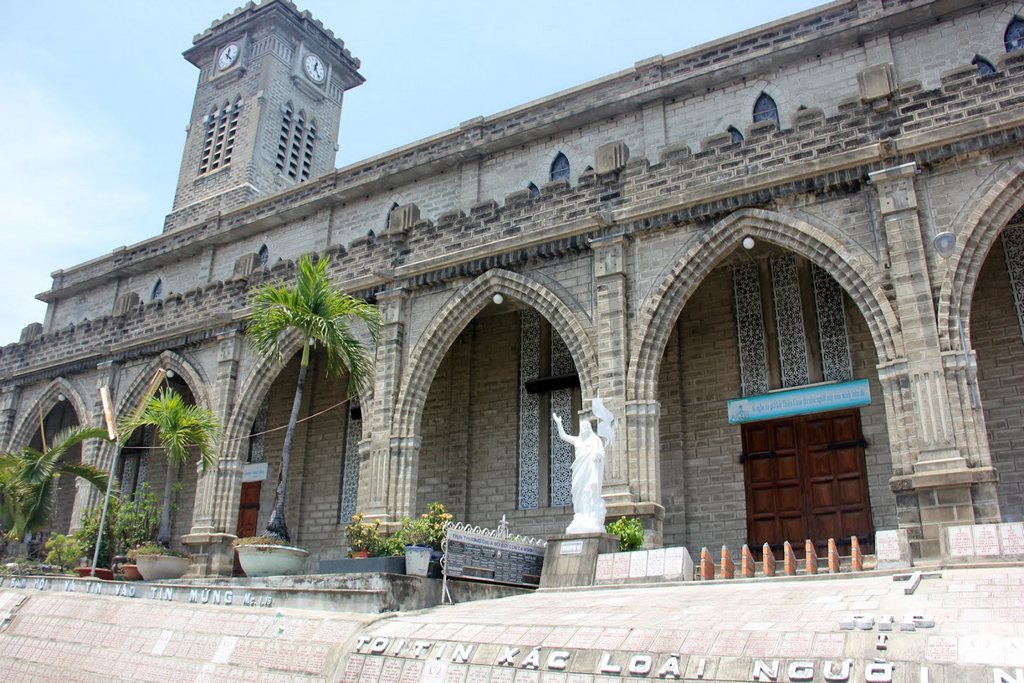 Outside, Cathedral of Nha Trang are decorated with numerous statues of saints as well as 4,000 tombstones mounted on the sides, which were placed after the neighbouring cemetery was levelled in 1988 to extend the city train station.

A must-visit for any first-time visitor, Nha Trang Cathedral remains one of the coastal town’s most important remnants of French architecture. From Nha Trang city, there are two paths which lead up to the cathedral. Visitors can either take a 53-step stone stairway from Thai Nguyen Street to the church entrance or another stone pathway from the city square which will lead them to the yard behind the church. 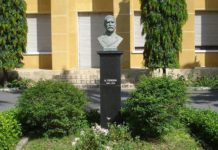 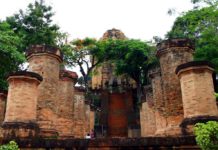