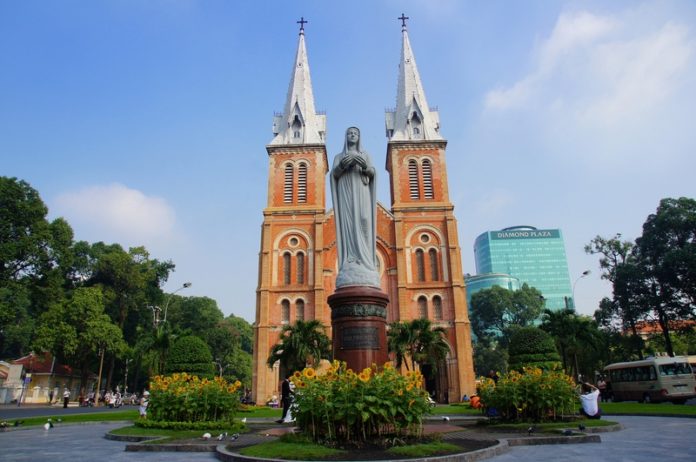 Saigon Notre Dame Cathedral, built in the late 1880s by French colonists, is one of the few remaining strongholds of Catholicism in the largely Buddhist Vietnam. Located in Paris Square, the name Notre Dame was given after the installation of the statue ‘Peaceful Notre Dame’ in 1959.

In 1962, the Vatican conferred the Cathedral status as a basilica and gave it the official name of Saigon Notre-Dame Cathedral Basilica. Measuring almost 60 metres in height, the cathedral’s distinctive neo-Romanesque features include the all-red brick façade (which were imported from Marseille), stained glass windows, two bell towers containing six bronze bells that still ring to this day, and a peaceful garden setting in the middle of downtown Ho Chi Minh City District 1.

A Virgin Mary statue also stands in front of Saigon Notre Dame Cathedral, which locals claimed to have shed tears in October 2005. While this incident was refuted by the Catholic Church of Vietnam, thousands of visitors still flock to this statue in hopes of witnessing a miracle. 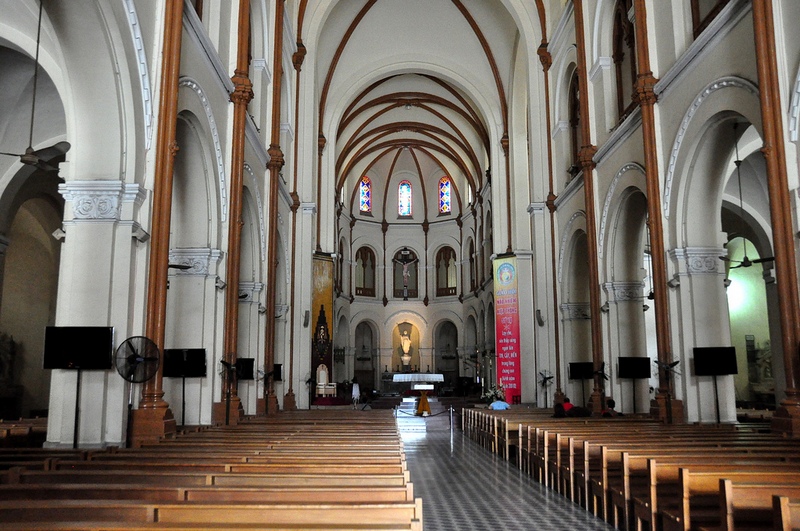 Aside from its status as one of Ho Chi Minh City’s most prominent attractions, Saigon Notre Dame Cathedral still serves as a religious institution for the local population. The best time to visit is during Sunday mass at 09:30. As with any holy places around the world, do dress appropriately and refrain from disturbing the worshippers when you’re exploring (and photographing) Saigon Notre Dame Cathedral.