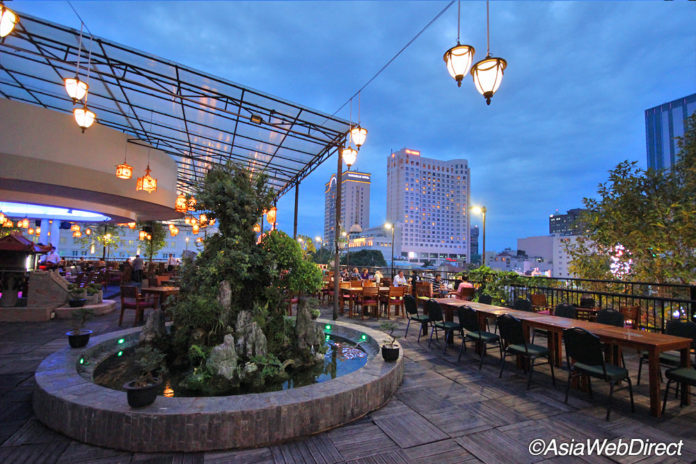 A drink at the rooftop bar of the Rex Hotel is a rite of passage while visiting Ho Chi Minh. It is one of the lowest rooftop bars in the city at only five storeys high, but far from hindering the view the modest height is actually one of the Rex Hotel’s redeeming features. Laid out on the streets below are several of Vietnam’s most beautiful and cherished period buildings, including the Saigon Opera House and People’s Committee Hall – two of the finest examples of French colonial architecture – and the relatively short distance between the bar and the sights of old world Ho Chi Minh makes the scene more inclusive. This is one of the best places in the city to relax with a cool cocktail in hand as day turns to night and the beep and screech of scooters can be faintly heard on the breeze. 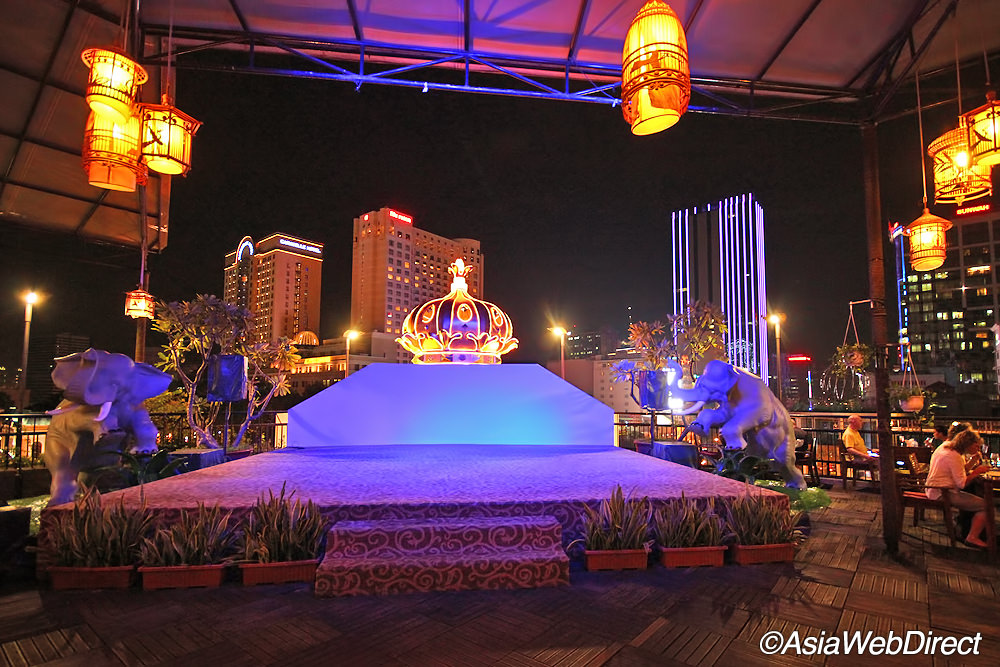 The bar is built across the majority of the rooftop with wooden decking, potted plants and many tables spread out across its length and width. Some tables are under cover and others fully bared to the elements. The unusual shape of the Rex Hotel Rooftop Bar also allows for a large stage and dance floor – perfect for when the evening entertainment starts at 20:00. Depending on the night this could be a Latino band or a salsa performance, both up tempo, entertaining and like the rest of the bar, just a little kitsch. The drink list is sizeable, with prices fairly in line with most other rooftop bars in Ho Chi Minh City. There is a happy hour from 17:00 to 19:00 where certain drinks are reduced by 20%.

The Rex Hotel has seen many changes since it was first built by the colonial French in the 1920s. Originally it was nothing more than retail space, but thanks to a series of extensions and renovations it is now a classically styled hotel in one of the most desirable locations in all of Ho Chi Minh. The rooftop bar at the Rex Hotel seems to breathe with the weight of its historical significance: home to the infamous American military command’s daily war conferences, rather flippantly referred to as “5 O’Clock Follies” by journalists who questioned the suitability of a bar to host a war briefing. The Rex Hotel Rooftop Bar: It’s not the highest view, but there is something about the wide open space and wooden decking that strikes guests with a timeless quality. 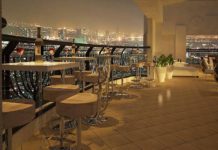 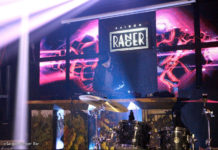 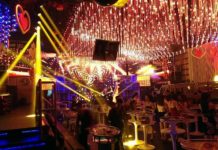