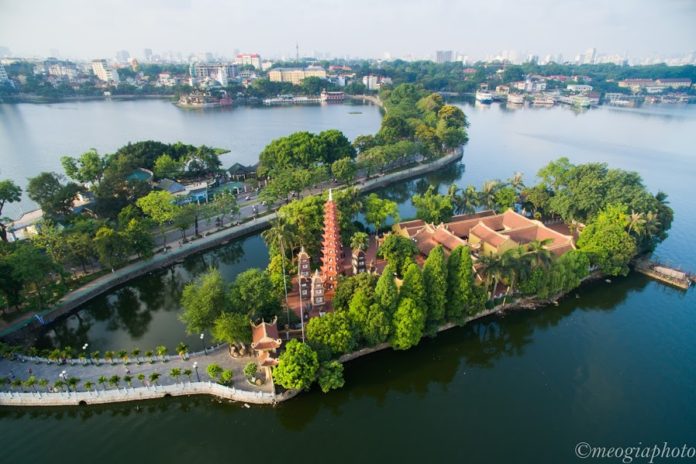 Tran Quoc Pagoda is the oldest of its kind in Hanoi, dating back to the 6th century during the reign of Emperor Ly Nam De Dynasty (544 – 548). The Buddhist shrine has undergone several changes throughout the years, particularly its renaming from An Quoc to Tran Quoc (protecting the country) by Emperor Le Huy Tong in the 17th century.

Although it’s now set on an islet within West Lake, the pagoda was originally located on banks of Red River before it’s relocated in 1615due to the river’s encroachment. Surrounded by lush greenery, Tran Quoc Pagoda was a favourite amongst the kings and royal families for festivals, full moons, and Tet Festival.

Standing at 15 metres, the main pagoda is made up of eleven levels, while its surrounding buildings include an incense burning house and a museum housing historic relics.You can also see intricately carved statues dating to 1639, each of which bear unique facial feature. 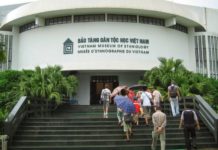