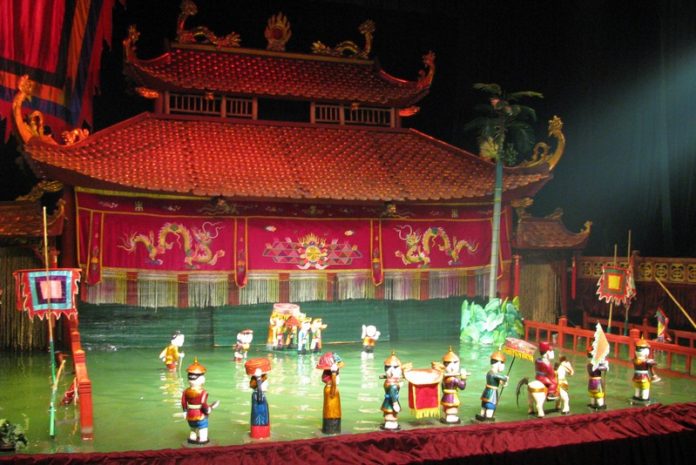 The world-famous Thang Long Water Puppet Theatre in Hanoi has its roots in an art form that dates back to the 11th century. The tradition of water puppet theatre stems from a time when rice paddy fields were flooded and villagers would make entertainment by standing in the waist-deep water with the puppets performing over the water.

Using large rods to support the puppets it appeared as if they were moving across the water with the puppeteers hidden behind a screen.

This tradition is unique to North Vietnam but has recently found fame on stages all over the world; so it’s a rare treat to see the puppets perform in their original location at the Thang Long Water Puppet Theatre. Performances are accompanied by a Vietnamese orchestra playing traditional music using drums, wooden bells, horns, bamboo flutes and cymbals. There are also authentic Vietnamese operatic songs telling the story that is being acted out by the puppets. Most of the shows recount Vietnamese folk tales and legends with topics including the celebration of the rice harvest depicted in a humorous fashion. 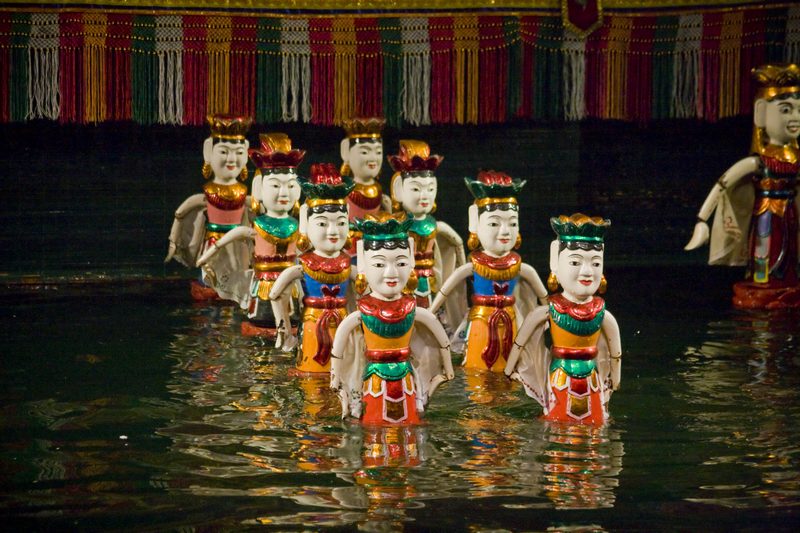 Shows at this modern theatre are performed in a pool of water as the stage for the puppets. The puppets are controlled by no more than eight puppeteers hiding behind a bamboo screen. The renowned Thang Long Water Puppet show is considered to be one of the cultural highlights of Northern Vietnam dating back to a tradition that first started in the Red River Delta.

Today’s performances usually include a number of short sketches rather than one long story, taking the audience on a journey of ancient village life, agricultural harvests and dances of mythical creatures. Most shows also feature the famous Legend of the Restored Sword of King Le which tells the tale of Hoan Kiem Lake and the giant tortoise. The live music plays an integral part of the show with singers often shouting words of encouragement to the puppets. 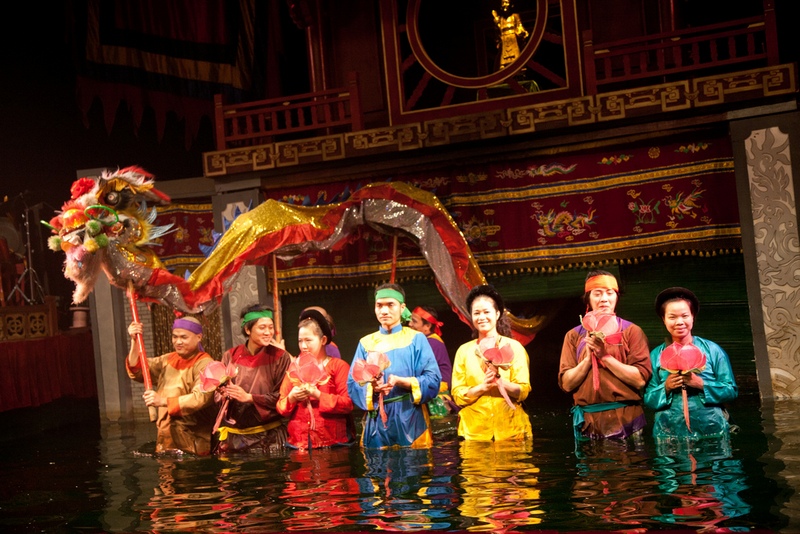 Thang Long Water Puppet Theatre is one of the most popular tourist attractions in Hanoi with tickets selling out well in advance so it’s worth booking yours as soon as you arrive in town. It is also advisable to pay more to get closer to the action as the theatre seats a few hundred people and the puppets are not that big. The theatre is modern and usually shows 17 short sketches within a one-hour performance. Aside from the general admission fee of VND 100,000, there’s an additional camera or video fee if you wish to photograph or film the show. 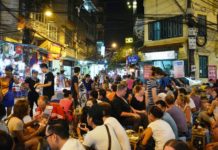 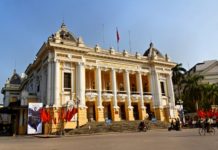